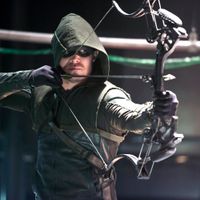 Oliver Queen (The Green Arrow): Billionaire and former playboy who turned into the archer superhero of Star City after being shipwrecked and presumed dead for five years. Queen made it to the island of Lian Yu, where he went on a mission of survival and self discovery, learning archery, swordsmanship, hand-hand combat, as well as life skills like perseverance. He returned home with a mission to save his city from crime and corruption and was willing to use lethal force by targeting members on his father's list who wronged his city. 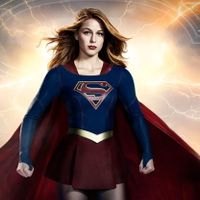 Kara Zor-El (The Supergirl): Superman's cousin who decides to finally embrace her superhuman abilities and become a hero, after 12 years of keeping her powers a secret on Earth in order to protect herself. Zor-El escaped the planet Krypton with her parents' help as a teenager and was protected and raised on Earth by her foster family, the Danvers. Years later, she lives in National City assisting media mogul Cat Grant and secretly works for the D.E.O, an agency that protects the citizens of National City from sinister threats. 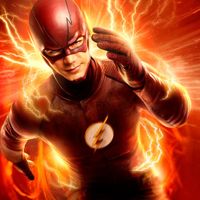 Barry Allen (The Flash): Speedster who gained his powers after a cutting edge particle accelerator, created by visionary physicist Harrison Wells and his S.T.A.R. Labs team, explodes and causes a freak storm. Barry is struck by lightning and akes from a coma with the power of super speed. However, Allen isn't the only person who gained powers from the explosion; there were other metahumans created too, and many of them use their powers for evil purposes. He uses his powers to protect the innocent of Central City. 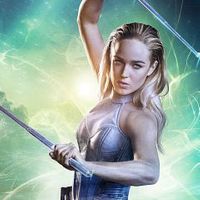 Sara Lance (The White Canary): Appointed as the leader of the Legends and the captain of the Waverider after the original leader Rip Hunter left. Lance formerly was a member of the League of Assassins and Team Arrow where she gained her advanced skills in combat. She was also shipwrecked and presumed dead along with Oliver Queen, the Green Arrow. She works with her new team time traveling and protecting the universe's history, both future and past, from anachronisms that threaten to mess the timeline.